Extract from ‘Darkness on the Edge of Town: Heroin Misuse’ by Niall McElwee (2005)

Extract from ‘Darkness on the Edge of Town: Heroin Misuse in Athlone and Portlaoise’ 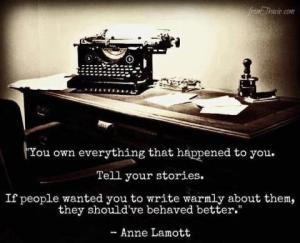 The court room shuffle
It is a late September Friday morning and Gráinne and I are sitting in a courtroom in Portlaoise. The court is surprisingly quiet as cases unfold and we are getting accustomed to court rituals. Indeed, we are now seasoned court attendees as we attempt to track the path of problem drug users and their families involved in heroin addiction in the midlands of Ireland. The court has the usual scattering of Gardai, Prison Officers, Solicitors, Court Personnel, family members of accused, the accused and the two of us. There are about a dozen members of the public sitting on benches that were surely constructed with the deliberate intention to reduce comfort.

Behind us sits a young woman dressed in a long green army style parka and filthy jeans. Her streaked peroxide hair badly needs a wash. Her fingernails are bitten to the quicks. She has an overnight bag at her feet and she is clearly edgy and distressed. Gráinne and I both notice that she has two prison-style tear tattoos under her left eye. She is up on a charge of stealing €80 of goods from a store in Portlaoise town. She is addicted to heroin. In front of us, a young male from Athlone in his early twenties sits in the witness box. He, too, is edgy. He seems all-too familiar with the proceedings and his head hangs as the presiding Judge reads through his lengthy case file. His accompanying prison guards shift from foot to foot as we all await the Judges thoughts. Derek is up on several charges. He has eighteen previous convictions stretching back to the mid 1990s. His Solicitor informs the court that Derek has a heroin addiction.

He slept rough in a doorway the night before he stole a stereo player in Portlaoise and was apprehended and arrested by the Gardai. Derek had missed a court appearance in Athlone town the day he was arrested in Portlaoise because he had no money for the bus, hence his stealing the stereo to get money. Derek has started on a detox programme in Clover Hill Prison and says he is desperate to get off his heroin addiction. The Judge refers the case to a later date. He has heard it all before but treats all in the court with respect.

A number of things strike us, as researchers, investigating heroin misuse in Athlone and Portlaoise as we attend court sittings, talk with
drugs service providers and families affected by heroin misuse. There are few people who are not fully aware of how the system works. All actors involved generally go about their business in an unhurried, calm manner. There is the odd incident where a prisoner articulates anxiety or anger towards officials and is restrained.

A world without love?
In the main, we sense a profound sense of hopelessness and fatigue from the families of heroin addicts and, indeed, the heroin addicts
themselves. Cigarettes are shared; jokes are exchanged between the accused and prison officials and Gardai as all wait outside court for
prison cars and vans to remove people to places of detention. Families mill around trying to sneak one last kiss or hug or message from a sibling. But, removed they are and smiles quickly disappear as the cars and vans depart.

As Gráinne and I walk to our next scheduled interview, people with heroin addictions are being moved back and forth between places of remand and detention to court rooms throughout the country. This is a mini-industry. How did we get to this? Earlier in the morning, we sat in an interview room as a mother of another heroin addict told her story about the devastation that her sons
addiction has caused her family. She is at her wits end. She looks tired and deeply distressed and fights to keep back tears. Her story unfolds, “I have a son, he started using heroin at fifteen years old, he’s now seventeen. He met this girl aged nineteen, she started him on drugs. We’ve been to social workers, we’ve been to everywhere really to get him help. I left Portlaoise to go to Athlone, to see could I get him help and he ended up coming back to Portlaoise to this girl. He’s been in St. Pat’s a few times, hes only out on appeal, and the reason he got out on the appeal was he was to live with me, but he only lasted two days and went back on the heroin, and he got on cocaine now and I believe, but not injecting. That’s one thing but he’s smoking or whatever he does with it, and there’s
a lot of sellers and all in Portlaoise so its easy get it and actually his girlfriend is a seller so he gets it from her”.

She tells us that she is going to throw her son out because she is fearful of the effects of his behaviour on his siblings. “What can I do?”
she asks. What, indeed as so many issues have been raised in this brief section of text?

Stories tell the tale
We thought a great deal about what we might title this study for it is essentially about stories: stories from heroin misusers, about the effects of heroin on their lives; stories from service agency personnel about their experiences of people accessing their services; stories from family members of heroin misusers; stories about life about death. Stories about heroin. The iconic rock star, Bruce Springsteen, penned a wonderful song which we played sometimes on our many car journeys back and forth between Athlone and Portlaoise towns. In it he sings:
Everybody’s got a secret Sonny,
something that they just cant face.
Some folks spend their whole lives trying to keep it, they carry it with
them every step they take
til some day they just cut it loose, cut it loose or let it drag them down.
Where no one asks any questions or looks too long in your face
In the darkness on the edge of town.

We have been privileged to learn a great deal about the sub-cultures that surround heroin in Ireland and, in particular, heroin misuse in two provincial locations. We say sub-cultures because we do not feel it is accurate to speak of only one sub-culture as is often the case. We have interviewed heroin misusers who are third level students, who are employed, who are unemployed, who are homeless, have spent time in prison, are about to go to prison, who are on training programmes, who started taking heroin twelve months ago with just one bag and have progressed to sharing ten bags a day, who are on methadone, who sell their methadone, who deal drugs to get enough money to buy their next bag of gear, who have accessed services, who have accessed services and left them again, heroin misusers who are mothers and fathers.

Notes on Submitting a Dissertation/ThesisDissertation Doctor’s Clinic: Some Preliminary Notes on Research Ethics