Research Ethics: What Not To Do in a Research Paper and Why 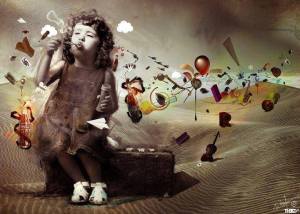 “When one has reached maturity in the art, one will have a formless form. It is like ice dissolving in water. When one has no form, one can be all forms; when one has no style, he can fit in with any style”. – Bruce Lee


I am often asked here at the Clinic about research ethics. Can one write a paper about, say, Travellers, without actually ever interviewing someone from that community? Can one interview a group of patients who are HIV positive for an undergraduate thesis with no academic supervision? Can one just hop out of one’s car and pay a person with a heroin addiction €20 for her story and then hop back into one’s car and drive off into the night secure with recorder and interview?


The list of potential studies that could be of enormous benefit to the research, health or medical world is endless, but one should always give serious consideration to those people we write about – partners and collaborators in the research experience. There, I’ve said it. I have never taken the view that the people we write about are mere ‘research subjects’ and I’ve always referred to such people as ‘research participants’, ‘research partners’, ‘research collaborators’ or ‘interviewees’ in my own research.

In fact, I detest that pseudo-scientific term, ‘research subjects’ as it reminds me of those poor monkeys in cages with no choice as to their participation in a study or, indeed, human patients with a mental illness or prisoners who have all too often been forced to participate in advancing the careers of those people writing about them – the supposed ‘experts’. The list of suspect research ethics is disturbingly long and the scientific and medical community are not blameless.

I suppose a question one should ask oneself in the ‘real’ world as distinct from the academic one is, “How much involvement should a research participant actually have in any research study for it to be meaningful to both researcher and participant?” And, this is a very real methodological question. It lies at the very heart of what constitutes ‘good’, ‘useful’, ‘real’, ‘authentic’ research – especially in the qualitative world where so much of my own research with hard-to-reach populations has taken place over the years.

The world has changed so much in the last decade in terms of technical advancements. We all tend to spend so much of our time in the virtual worlds of Facebook, MySpace, LinkedIn and the like with their own ethical protocols that we sometimes forget that there are real people with real issues living, existing and trying to make sense of their worlds outside the anonymous comforts of cyberspace. This can be tricky and the pic below sums the situation up nicely.

Mi’Kmaq Community of Elsipogtog in Canada and Irish Travellers in the Midlands: A Case Study

Let me give you an example of what I mean by research ethics and the process of negotiation. Some years ago I was senior author on an international study of twelve months duration that looked at aspects of life for the Mi’Kmaq community of Elsipogtog in Canada and Irish Travellers in the midlands. We learned (the hard way I might add) of a new and powerful movement that was sweeping through native communities in Australia, New Zealand and the Americas called OCAP (ownership, control, access and possession) which we incorporated into our own study – later published as a book (McElwee et al, 2006).

At the heart of OCAP lie issues around who is fundamentally in control, what research is done and is not done, who does this research, how it is approached and who knows about it. Our study adhered to the six ethical principles discussed by Parahoo (1997) namely, beneficence (duty to do good); nonmaleficence (duty to do no harm); fidelity; justice; veracity and confidentiality and I have come across many students and academics citing Parahoo. But, it was way more complicated than that and, in practice, we spent long hours on Reservations and on Halting Sites so we could be in the actual living spaces of our research partners.

We had to consider carefully constructs and concepts of ‘partnership’ as the word clearly means different things to people/communities. In research such as this, the ‘individual’ and the ‘community’ can, sometimes, be at odds – so how is this accurately represented in one’s research findings?

We also had to consider issues of responsibility and control vis-a-vis the editing and review process where members of both the First Nation and Traveller communities wanted a strong input – and we were not used to this. Whole sections of texts were marked for deletion or entirely rearranged. We had to explain and justify elements of the study that, as academic researchers, we would have taken to be essential but community members wanted rewritten. We had to consider carefully how one might approach the political dimension(s) to the research project once its findings were disseminated. Most importantly, we had to acquiesce to suggestions. And, to me, this is part of the process of a healthy negotiation with our research partners.

Most importantly, I believe one should not deceive one’s potential research participants. Make no mistake, deception has been used in the past as with the infamous Stanley Milgram experiment. Look this study up as a lesson in what not to do!

Further, do not harm one’s collaborators as with the infamous Tuskegee Syphilis study which commenced in the 1930’s and only ended in the 1970’s in the US where patients under review were actually allowed to die when medical intervention could have saved many people. The unfortunate participants in this study had syphilis and thought they were receiving free health care. The men all thought they were being treated for a catch all illness, ‘bad blood’ when the Doctors knew that it was actually syphilis. I suppose something positive to come out of the study being outed by a whistleblower was that a new office was established to deal with health research protocols. But, that was of little use to the actual participants in the study. They got meals and burial insurance and the medical staff got promotions and salaries. This is a complete imbalance.

One should obtain informed consent and this should be what it purports to be – ‘informed’. The participant must know exactly what he/she is signing up to, what will be done during the study, what the outcomes might be and what might happen once the material is disseminated in any public fora or given to an authority. You will note there are a number of mights in what I just wrote.

I’ll return to the issue of research ethics again, but suffice is to say at this point, one simply never knows what might, could or should be done with any particular study once it gets into the hands of someone with a particular agenda, be this a journalist, a police officer, a medical doctor or a government representative. Tea Room Trade by Laud Humpries published in 1970 is a case in point where confidentiality and anonymity fell by the wayside and people died as a result of research findings being given to inappropriate people. It was that devastating.

Any student undertaking what I’ll call sensitive research would do well to read the studies to which I have alluded to in this paper. They will emerge, to paraphrase Johnny Cash, “wiser, deeper individuals”. And, they should do this before they embark on their own studies. Remember, real people with real lives.

*Dr. Niall McElwee is the author/co-author of several academic books including ‘Children At Risk’, ‘Irish Society’, ‘At Risk Children and Youth: Resiliency Explored’, ‘Effective Interventions with Families’, ‘Applied Social Care’, ‘Risk and Resilience’, ‘Darkness on the Edge of Town’ and two creative books, ‘Humanitas’ and ‘Oisin’s Journey Home’ in addition to many peer-reviewed papers for various academic journals around the world. He was founding editor of the Irish Journal of Applied Social Studies for ten years. Dr. McElwee established the Dissertation Doctor’s Clinic in 2007.

Notes on Submitting a Dissertation/ThesisDissertation Clinic: Writing an Annotated Bibliography