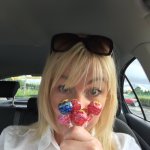 it’s almost been a year since my first ever visit to the City that stole my heart. – The beautiful city of Galway. I gave myself a challenge to drive to anywhere in the country, and posted it on Facebook thinking no one would even see it, but the response was remarkable and, of course, Galway won.

On February 20th 2016 I woke up early, showered, had the brekki and threw a few clothes on, hopped into the car, took quite a number of deep breaths because, you see, I have no sense of direction, and I was obviously nervous. I mean, I was about to embark on a 2.5-hour journey to the other side of the country and this was huge for me. Anyway, after my deep breathing exercise I set off with the help of the very nice lady called ‘sat nav’ on the good old Iphone.

Well, to say it was an absolute breeze to drive to Galway is an understatement. Sure, what was I worried about at all? The beauty hit me as I got closer to the west. ‘Stone walls and the grass is green’ as they say in the Sawdoctor’s much cherished song. I was in love already.

Eventually, I reached It. Galway. I was here. So I tweeted if anyone was around that I had arrived. Haha, sure I was delighted with myself. Gary, a guy I’d never met before but followed on twitter, had very kindly replied with, “It’s your lucky day” and gave me directions to the Clayton Hotel where he met me and then told me to follow him on another little drive out west.

We arrived in Salthill where it was breathtaking, cold, windy, raining and stormy. In fact, that made it all the more beautiful. I met Gary and his Son, Gary Junior, and we had lunch in Lohan’s, as it was known then. New owners now. Gary told me quite a lot about the area of Salthill and Galway and showed me some great places like the the Blackrock Diving Tower and the local tradition about kicking the wall, although I didn’t believe him as he’s a prankster and I was sure he was taking the piss. Anyway, the two Gary’s had to head off so I was left to my own devices. So I began to explore.

Returning to the town from Salthill I parked the car up and walked. Wow, the lovely little streets bustling with people, buskers, dancers, restaurants, pubs. I was just taken aback by it all.

I found the dainty wee place I had bought a tea caddy from online months beforehand called ‘An Cúpan Tea’. When I say it felt like I’d come home I mean it. I didn’t want to leave that day. So I didn’t. I booked myself into The Connacht Hotel and spent the rest of the day exploring all the little cobbled streets with their dainty wee shops. Little hidden treasures, amazing friendly people, everyone was just happy.

I called home and said I’m staying the night and I’d be home tomorrow. I checked into the Connacht that evening and just relaxed. It was pure bliss.I recently found out that on the very same night I was in the Connacht, Conor McGregor was staying there too, didn’t I miss that. Ripping.

So, that was my first visit ever to beautiful Galway, the first of many. I came back once a month or sometimes even twice. But that’s another chapter. Stay tuned. More to follow. Have nappy. Will travel.

The Erosion of Trust by Brian LynchScoliosis, The Dáil and The Twisted Logic of The HSE

Escaping from a Diagnosis of Disconnection: Our Pod of Three Take to the Sea Embracing the Wild Atlantic Way & Resiliency