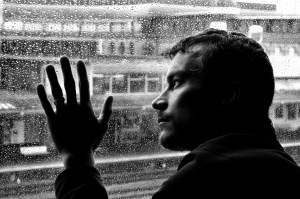 It’s World Mental Day today 10.10.2016, so a good day to give pause to one’s life and reflect a little. I think each of us has a contribution to make in this debate and I’d like to write a personal reflection without the usual academic references. When I was a young lad attending school in The Bish in Galway city, my heroes were the poets, writers and painters that seemed to have struggled with life – and they have remained so into my adult years. Even at around the age of ten my favourite painter was Vincent Van Gogh with his swirling colours, my favourite writers were Poe with his dark Ravens and Wilde with his ‘Birthday of the Infanta’, and my favourite soccer player was Georgie Best with his mesmeric skills on the pitch but highly publicized struggle with alcohol off it. I can see a connecting theme in the profile of individuals I have been attracted to all my life and ended up studying sociology and psychology to try to gain a more comprehensive understanding.

Indeed, when I first got to University and first read JD Salinger’s, ‘The Catcher in the Rye’, I immediately adored the central character of Holden, his love of his dead sister and his wondering where the ducks in Central Park flew off to? His word of the book was ‘phonies’ and it’s stayed with me. Ironically, the iconic Sopranos TV show opens with a scene where Tony is by his pool pondering the ducks therein – which is a nod to Salinger’s amazing book and its themes of angst and anxiety around fitting in with one’s peers, family and society more generally.

I don’t know any family that doesn’t have a brother, sister, daughter, son, mother or father that have been affected by mental health. There are so many children, youth and adults attending mental health services and there are very many more who should be but are not for a myriad of reasons, some of which we have explored in other DDC research blogs (see www.thedoccheck.com).

It’s really only recently that boys and men are able to talk about their emotionality in a more open way than was ever the case in Ireland. And I am no exception. I grew up in a family that loved nothing more than ruthless banter of each other. Find another sibling’s weak point, something that made them profoundly upset, and then exploit this to a point of exhaustion. Many times from every possible angle. I guess it’s different when one knows behind all the banter one is loved, so one can endure the merciless slagging. I’m now well known amongst my family and friends for having an old and battered blue sofa, which is referred to as the ‘counselling couch’ where people can come and chat about life and explore mental health issues. It’s very well worn at this stage I can assure you.

But what happens when there isn’t a sense of strong attachment and security for an individual? What happens if one doesn’t feel loved? If one doesn’t have a sense of the future? If one feels depressed? If one feels suicidal? The statistics speak for themselves. Postmodern life has increased technological ways to communicate but more and more of this communication is no longer face-to-face and I find this very worrying. The skills of active and passive listening are being lost and many young people are losing a sense of reality and are unable to truly explore their emotions and how they truly feel because they are afraid of the response they might get across social media from ‘peeps’ and ‘trolls’.

In a previous professional existence I lectured across several areas of social care and wrote a doctorate on resiliency. I’ve always been interested in this theme of resiliency. It’s referred to as ‘bounce backability’ in the research and speaks to the ways in which a person can endure profound emotional and mental hardship – but yet adequately function. And, function well. But, there are ways this can be assisted and I think parents are key in this. We need to tell our children every day that we love them. Over and over. We need to be consistent in our message that whatever they do in life we will consider them successful as unique beings. We need to tell our children that there is more to life than collecting virtual friends and followers on social media and then judging themselves against impossible and unreal barometers. We need to attune our children to the emotionality of others and ask them to ‘check in’ with their friends. If they see a child being bullied, do not ignore it. If they see a child sitting by himself or herself, go over and sit down and ask that person, ‘are you ok?’ Don’t be passive observers in life, and look out for each other. If the future really is children, then we need to teach and support our children in discussing positive mental health. Together we are stronger.