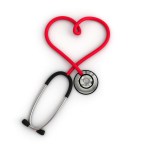 The human spine is a complex structure that primarily supports the major organs of the human body whilst also allowing a person to stand up with adequate support. Although the spine is often referred to as a “Back” by most people it is not one long bone like many people come to believe it is. In fact, the spine consists of 33 bones all sitting on top of one another to form this area of the body that mimics as a long bone. Each one of these bones has a role to play. As the major organs of the heart, lungs, liver, kidneys, pancreas, intestines, and spleen are all supported by the spine to the rear of them, there are many nerve endings linked up throughout the spine that take messages from the leader thinking organ of the brain.

On Monday the 6th of February last, RTÉ showed a documentary entitled ‘RTÉ Investigates: Living on the List’. The documentary chronicled how certain conditions in Ireland still have waiting lists lasting many years. Individuals who had brain tumours, gynaecological issues, incontinence, cataract blindness, severe back pain, severe neck pain, those awaiting hip and back operations, and people with scoliosis were featured. Of all of the individuals in Barry O`Kelly`s excellently reported film, five out of nine of them reported have spinal problems.

Scoliosis is the monarch of spinal pain and it`s twisted physical, psychological, and emotional difficulties result in chronic pain, low self esteem, anxiety and even depression. A sufferer`s internal organs can be twirled as badly as their spine defeating the fundamental function of these organs.

Ireland is a country with Dail Éireann acting as a complex structure that primarily supports the major parties of the national electorate without also allowing a person to stand up with adequate medical support. Although Ireland is often referred to as a “Republic” by most people it is not a democratic nation that has proper health care and most people now believe this. In fact, Ireland consists of 158 members of Dail Éireann all sitting on top of one another to form discussions and arguments about its people`s welfare that mimics a democratically active, yet inappropriate health system. Each one of these TDs has a role to play. As the major sectors of society in Ireland: the children, adolescents, employed, unemployed, ill , and elderly have all supported Ireland, yet there are many nervous and contrite feelings linked up throughout the country that carry messages of common sense to the country`s leaders who fail to think with their brain.

According to the above named documentary, there are 535,000 people on the waiting list for hospital appointments and procedures. In comparison to European waiting lists Ireland is 21st out of 35 countries lagging behind Macedonia, Croatia, Estonia and Slovenia-with an increase of 94,000 people on the list since last year. Britain and America insist that people never wait for surgery beyond 50° of a spinal curve. Are we to believe that Ireland’s economy is truly growing and if it is, then why are we being left in pain?

Seven year old Darragh Cahill from Kilkenny is not growing properly. He has scoliosis. He has a reduced lung function because of this and is in chronic pain. With a 73 ° curve in his spine he will experience more pain and frustration for the length of time that he waits.

Megann Halvey Ryan is a 13 year old girl from Limerick with an 80 °curve of scoliosis. As she honestly said in the programme “ I’m just sick of this stupid thing” yet she too will have to wait for years longer.

Longford`s Ciara Carberry, had a 93° curve. A once fearless bungee jumper has decimated and is left almost housebound whilst lacking confidence. She had a steel rod inserted in her spine and the rod has come apart whilst her spine continues to curve in a crooked fashion resulting in serious pain. Again, she will wait for a long time and is being destroyed in the meantime.

Despite the stress and pain that all of these people are in they have communicated their ideas and feelings logically, whereas Ireland`s leaders are not using their brain. It’s time to ease all Ireland`s pain, cease waiting for the HSE to dissolve and listen to citizens like Megan’s voice. Destroy structures that don’t work, let those responsible show some “Front” and not be so morally twisted- else they should just take a bungee jump!

*The opinions expressed in this blog are the author’s.

Still in Nappies, Sill in Love: A View on #GlamGalwayA Millennial’s Insight into Irish Republicanism and the Northern Ireland ‘Troubles’ by Aindriú Inglis