The Heroin Interviews: Diaries from the Edge

From…Darkness on the Edge of Town. 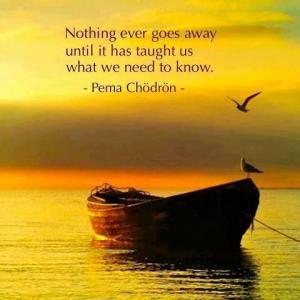 The  material below is an extract from the book, ‘Darkness on the Edge of Town : Heroin Misuse in Athlone and Portlaoise’ authored by Niall McElwee & Grainne Monaghan.

It is a wet October afternoon and we have been waiting all day in Portlaoise to secure interviews with heroin misusers. Unfortunately, its proving extremely difficult to achieve even one full interview that has not been set up with a key agency provider. We really want to interview an individual who is not currently in treatment. Gráinnes diary is replete with missed interviews; people who for a variety of reasons failed to show at their designated time slots. Finally, we get yet another call on one of our mobile phones and are informed that some people are coming to talk with us. We wonder who will knock on the door. Three
people enter the room, two females and one male. The male is dressed in street gear  a hoodie, jeans and trainers. He says hello and sits down at the table in front of us. We explain that we are neither Gardai nor social workers; that we would like to read out what our study is about, that he is free to leave if he wishes and tape the interview. Yeah, go ahead. Just like that, our interview begins.

Kevin commences the interview by informing us that he started smoking the gear at thirteen and “I’ve been strung out since”. He is now in his early twenties and considers That, “I’ll probably be dead this time next year” He is serious about this. Kevin was born and raised in Portlaoise town and has spent time in care of the State and in various places of detention and prisons. At the time we interviewed him, Kevin was on the run from the cops for seven months for failing to sign on after prison release. Kevin did not look, at all, well. His clothes were too big for him, his skin was pocked and his hair was unkempt. He had a dull stare and was both small and very obviously underweight for his age. We explored many aspects of heroin misuse in that interview.

During the course of our interview, Kevin took off his jacket and shirt (which he had robbed from a clothesline as he spends all his money on heroin) and showed us two morphine patches on the right upper part of his back (which he had stolen from a cancer patient). His girlfriend had placed these for him. Kevin’s girlfriend, Norma, also attended for interview with us. Kevin was sleeping rough and we could only imagine how he faced into each night curled up in old blankets or under cardboard. Both had just recently consumed a bag of gear (heroin), had another bag on their person and were about to immediately smoke this after they left Gráinne and I.

Norma had started smoking one bag of heroin a day with some of her female friends, but had graduated very quickly to
smoking “as many as we can get” since her relationship with Kevin developed. Incidentally, Norma met Kevin in the house of a local dealer where there were regularly between fifteen and twenty heroin users smoking their heroin. Kevin’s day is spent trying to locate his next fix of heroin. He awakes with his body desperate for a fix and feels full of phlegm if he doesn’t get any. He carries a blade at all times for both protection and to instil fear into those persons he might try to rob. A mobile phone sells for just €20 and these are favoured items on the black market.

A couple of months later we meet Kevin again in Mountjoy Prison in Dublin. It transpires that he had been arrested the same day as our first interview with him. He is not, at all, unhappy with being in jail and has put on a couple of stone weight in a very short period. He is off the gear for the moment but is fearful that he may take it again if he cannot access methadone. We are reminded of how difficult it is to obtain methadone if one cannot secure a place in clinic. Kevin’s girlfriend is now pregnant with his child and he is looking forward to being a father. When asked what he thinks he will be doing when he is thirty, Kevin cannot answer.

It is our experience in social care that the path of heroin use predominantly follows the most vulnerable people in our society.
Kevin’s father, to take but one example, is an addict himself who has spent much of his time in and out of mens hostels. As highlighted in many studies, the provision of statistics alone does not adequately reflect the totality of the individual, familial and societal disruption heroin misuse causes. We felt that, in general, the research and the experience of discussing their individual stories were welcomed. Ultimately, it is important to hear any story for all stories have value in, and of, themselves.