Tiger Woods: A Golfing Great or a Talent not Fully Realised?

Tiger Woods: A Golfing Great or a Talent not Fully Realised?

Tiger Woods: A Golfing Great or a Talent not Fully Realised? By Dr. Conor Hogan @DrConorHogan 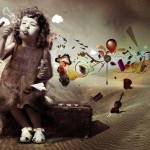 ‘Even in the Army, I was not given a fair and equitable chance’ Said lieutenant colonel Earl Dennison Woods who was born March 5, 1932, in Manhattan, Kansas State.

He was, of course, referring to his life of strife where he felt that he was often unfairly treated owing to him being born into a time in the United States where black peoples’ life success was frequently unheard of and often discouraged. Despite this, Earl achieved more than most.

Having been the only black athlete in the ‘Big Seven’ (now the Big 12) in American baseball, he later showed further diversity by earning himself a degree in sociology in 1953. The following year saw him begin a twenty year career in the army where he did two tours of Vietnam. Despite him playing one professional sport, when he retired from it, Eldrick had a new sporting passion. This new sporting passion was golf and it primed itself in etiquette and gentlemanly mannerisms yet found it difficult to welcome an unknown black man in the United States – despite him being a former lieutenant colonel.

Yet, in spite of this the, the game of golf had some professional black golfers but there was never a US Masters’ Winner who was a black African American until a few decades later.

In fact, in 1896 when the US Masters was only in it`s second year, a black man by the name of John Shippen`s inclusion in the event almost cost the tournament as 6 white players threatened to boycott the event unless Shippen was removed from the starting line up simply because of his colour. Fifty years later William Powell, a former U.S Air Force member returned from his time serving his country and attempted to build a golf course only to be denied a G.I loan because of his colour.

In 1948 black man Bill Spiller was denied entry into the Richmond Open competition and Ted Rhodes became only the second black man to play in the U.S Open.

A further twenty two years passed before the first African American was victorious in the Masters, which is the main US PGA and international event in world golf. This man had the same surname as the aforementioned colonel Earl Dennison Woods and his first name was Tiger.

Once Tiger Woods won the Masters in 1997 his life changed forever. Not only did international fame land at his doorstep but his great talent exploded into action and he began to easily dominate the world of gold in such a consistently powerful way that it seemed no other sports star on the planet could match his sporting success. Nike, the biggest sports clothing company in the world, snapped him up in sponsorship deals and used him as their brand ambassador such was his dominance in the sport. His handsome looks, his winning manner and his sex appeal to the ladies (due in part to him being single and available at that time) helped greatly.

Tiger could do no wrong. He had the world at his feet. He practised long and hard and was known for his powerful drive of the ball which was fuelled by the morning hours that he spent in the gym. This extra training which was unknown to golfers outside of the golf course at that time, meant that Woods won a record 79 tour victories within the next 17 years.

Then it all went wrong.

Having had a couple of left knee surgeries and recovered properly, by the time 2009 was finishing he became infamous in the media for a non sporting incident. Only a month after Forbes had announced him to be the first athlete ever to make 1 billion dollars in income from sport, Woods was chased out of his house after his wife had checked his mobile phone and discovered that he was cheating on her. He hopped into his car, crashed into a fire hydrant and injured his neck. Before being chased from the house that night, he had been in bed after taking sleeping medication due to his insomnia that he often suffered from.

The greatest player that ever played the game which prides itself on gentlemanly customs was soon found out to be a multiple cheater within marriage.

In 2011 he had to pull out from all gold competitions due to a bulging disc in his back. From 2012 until 2017 he struggled with form and has a catalogue of neck and spinal injuries but failed to impress or win. Further surgeries included two micro discectomys on his spine resulting from intense pain and spasms and pinched nerves in his back. Then in April 2017 he had his biggest spinal surgery yet, a spinal fusion.

Since then Woods has returned to the golfing circuit but still awaits a victory to bring him to the 80 victory mark in the PGA hierarchy and, more importantly, bring him towards the top of world golf, where he once was king.

Tiger Woods now struggles to reach the heights of his early career greatness in a world that accepts many black athletes and celebrities. In the future he must continue to keep in mind his best friend, mentor and father Earl`s attitude and fail to accept the naysayers of sports’ media who believe his glory days are now behind him.

‘Prone to Panic and Accustomed to Anxiety’‘Kurt Cobain and his Sideways Stance’ by Dr. Conor Hogan