Home / News / A Millennial’s Insight into Irish Republicanism and the Northern Ireland ‘Troubles’
201612.27 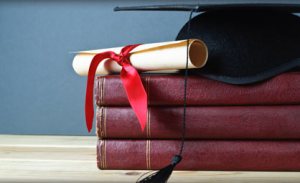 Why did you write this book?

The inspiration behind this eBook came from my Dissertation studies, which I completed at the end of April in 2016. Due to the nature of dissertations, they are often rigidly structured and encompass theories and constructs that are alien to those who are unfamiliar to that area of study. In my own dissertation, I found that I was bound to these theories and constructs which hampered the fluidity and essence of what I was trying to argue. Writing this ebook enables me to break free from the political science aspect of the dissertation whilst maintaining its academic core but in a much more accessible manner. The ebook also gives me an opportunity to reach out to potential readers who may not have a background in political science or Irish history, but who are eager to learn about a very contentious period in British and Irish history. It is my intention to bring a credible, academic publication to the fore that is informative, but also enjoyable and easy to read.

What surprised you the most as you researched or wrote it?

The sheer volume of publications discussing the IRA and “The Troubles” is overwhelming to say the least. Beyond the Israeli/ Palestine conflict, “The Troubles” is the second most publicized conflict in the world. From the outset, this may seem advantageous due to the large amount of relevant sources, varying opinions and critical analyses put forward, but it is precisely for this reason that scholars and researchers like myself suddenly find themselves asking where do I start! Personally, I had to learn very quickly what was necessary and what was surplus to requirement. In doing so however, you always worry that you are leaving something important out. Hopefully, readers will find this publication informative and easy to read.

What do you think will surprise readers the most?

Some readers may perceive what I write as very hard line and in some cases, may question my own background and affiliation. I want to assure readers that I have no political affiliation to any party or group. The line I take is based on a strict code of principles and beliefs that the Provisional Movement once ascribed to, and essentially fought and died for. It is interesting that Vincent Browne, one of Ireland’s most respected journalists argues that there is now very little difference between Sinn Féin and the so called establishment parties in Ireland. The former president of Sinn Féin, Ruairí Ó’ Brádaigh warned that entering parliament would essentially compromise the movement and lead to it capitulating on its values. He was essentially proven to be right. The discussion around why such a transition occurred is certainly an interesting one and it may raise a few eyebrows.

What’s the most important lesson or message readers will get from it?

Readers should get a good insight into how the British state brought the Provisionals to heel. They will also see how the Provisional Movement itself was the architect of its own demise. Readers should note however that “The Troubles” was also known as the Dirty War due to the fighting that took place and the tactics used by both sides but mainly the British state. It will take years, maybe even decades before historians can unravel the true level of collusion between state forces and loyalist paramilitaries for example. Another area of huge significance is the ability of the British state to infiltrate the IRA with high ranking informers.

Did writing this book change your life in any way?

I’m not exaggerating when I say I experienced every human emotion possible in the writing of this piece. I’m hoping that the first publication is the hardest and each one after this becomes a little less stressful. On several occasions I came close to throwing in the towel. In saying that, having the finished piece in your hand is a great sense of achievement and it genuinely does make the roller-coaster journey worthwhile. There was also an added sense of celebration as my dissertation received a 1:1 which certainly meant all the pain, sweat and tears (somewhat literally) was worth it in the end. What I soon came to realise however was the craft in writing and the patience it requires. I have serious respect and admiration for anyone who tries their hand at writing. Each time I pick up a book and read it, I now recognise the time and effort put into its publication.

What do you hope will come from others reading it?

First and foremost, I hope to enlighten my readers on the transition of a revolutionary movement to a parliamentary party. If readers can understand this process, I have succeeded getting my message across. I hope it can be seen as a good introductory piece to the conflict and bridge the gap to the more detailed publications on this issue. As well as this, I hope it creates debate around the issue of transformation. Strangely, it is an area that both British officials and Republicans would rather not talk about for obvious reasons. Its usually the victor who writes the history but in this case a stalemate prevented such a conclusion.

What are you working on now?

At the moment, I am looking at the possibility of doing a PhD. I believe my future is in the world of academia. I’m currently researching faculties and institutions both home and abroad. I’m still unsure on whether proposing my own line of work or trying to obtain a studentship. Hopefully things will become clearer as I investigate further in the next number of months.

The Butterfly Effect by Alan Creedon

FINDING YOUR SIGNATURE STRENGTH by Dr. Phil Noone

‘Surviving and Thriving amidst COVID-19’